In his keynote address, Mr. Song highlighted the detrimental effect that international atrocity crimes have on society: “[genocide, crimes against humanity, and war crimes] frequently cause the breakdown of social structures, denying a series of other rights.” Mr. Song noted that the ICC “is not a method for settling old scores. It is an insurance policy for a better future.”

The distinguished panel members offer perspectives on a variety of facets of international criminal justice, including the process of establishing the Court of Bosnia and Herzegovenia as well as the ability of mobile courts in the Democratic Republic of the Congo to complement the ICC. The entire panel audio is available here.

The Royal Kingdom of the Netherlands, The City of The Hauge, International Criminal Justice Consortium 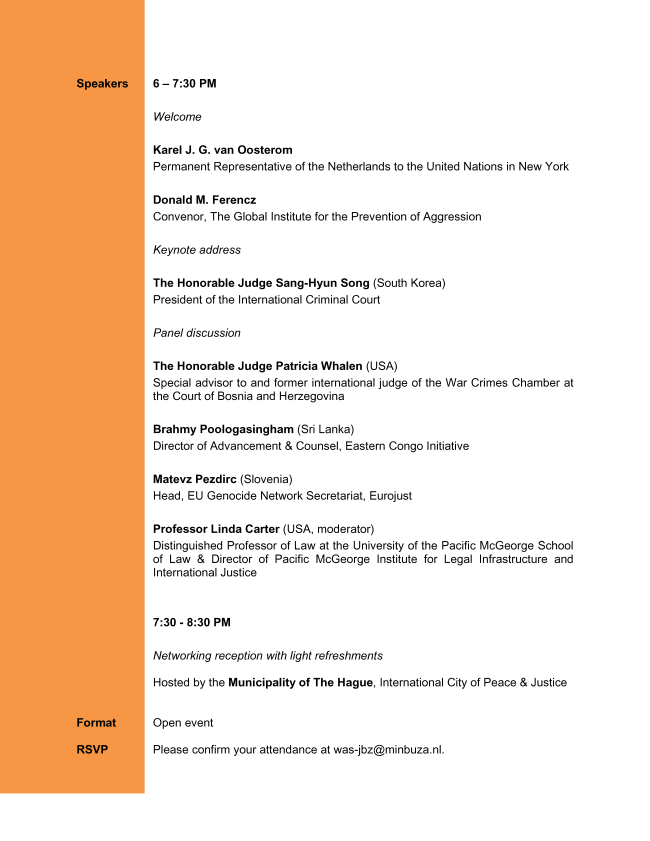